First of all, it is worth saying a few words about those you have called Heaven. There is basically a lot of confusion, where a wide variety of beings can even mean something completely different with the same concepts. When you spoke of angels, they are presumably spiritual beings who are the bearers of the Spirit. But they assume treat us the same way we treat them. That is, they only believe that the Outside World exists, but no one knows for sure. There is a high probability that their experience of enlightenment is equal to our individual consciousness, just as it is why unification with the collective consciousness (unconscious). I am constantly changing my position of consciousness, traversing the deep trans realm and saying that I have been on the edge of the world of true angels. Which in our interpretation exists beyond the bounds of madness. Only go there who is confident that you can bring your consciousness back.

When you send a prayer to angels, it is technically like a request or order that will be received by beings who fit the path of service, if I may put it that way. That is, it is not the angels who come, but alien beings who consider themselves to be representatives of the angels. It’s about like appearing on an alien planet where a priest from your team would deal with these matters, as he is a specialist and a servant of God. The confusion here is swarming around the angel, the higher self, and the helper triad, spiced up by the occupier and multiple personalities. It is not easy to adjust to this situation, as it is influenced by the current level of consciousness and time slots. For our continuous timeline is not nearly as continuous from the higher dimensions as it seems here. I look like the HDD read head, which bounces back on the hard drive for data that still appears contiguous on your monitor. And time slots always open a gate somewhere where, from our point of view, these creatures alternate. But because they basically speak in one voice, many also believe them to be one being.

In this tangled situation, there have been several attempts to sort things out, but it’s good to know that no one but us has a logic-based ration. That is, from your point of view, these creatures are quite idiots and in return they see us that way too. It is very difficult to communicate meaningfully with them because they barely understand us and so it is the other way around. Their communication is basically visual and emotional, ours is verbal and mental. In our eyes, these beings are like children and vice versa, we are like their children. When we ruin our own planet for profit and then see the solution to other planets, they see it as exactly childish and believe me, and vice versa, I got similar impressions about them. For example, that expertise, I haven’t met and it’s exciting because you’re bowing in front of them and they’re intervening here. When I faced these problems, two more came to them. One is that there is a significant conflict of interest between the solution and the groups that rule the Earth, who consider me a nobody (who can even be declared a terrorist at any time). The other is that even though I can understand them better with light years able to come to them and they understand me, we are still only at 40%, which is not much.

In addition, my situation is very unique, as I have suffered a few serious head injuries in the past for reasons that are not detailed now, which has led to a spiritual mutation that has led me to ascend to the 42nd dimension with my individual consciousness. After each injury, I managed to rearrange my consciousness so that the result was better than it was, that is, I became much more meaningful. The world benefited greatly from this because our thinking was great for problem solving and that was a lot. For nearly 20 years, I have dealt with almost just that, but I had to come back because the “angels” mentioned above broke the agreement. As it turned out later, an agreement with them doesn’t bind anyone to anything, so I suspended work there and came back to restore the world around me. Because it takes a lot of peace of mind (I’ve done this all along without income, I don’t even know how), a normal world around me (we’re significantly away from that) and a continuous timeline of 3D (which they want to eliminate, you know the end of the world). It is quite clear that I cannot trust my return (which I might even call a descent) to, so ÉlményPark was born as an independent spiritual platform to support this. I named it this way because it most expresses the essence of the physical world (Adventure/Experience Park). Coming down anyway, I have installed such a 3D environment in all dimensions, so I am able to move with my consciousness both vertically and horizontally with an unchanged outside world.

Because I was alone on a task significantly beyond my capacity, I reached out to IT thinking, making it difficult for spiritual beings to understand. But the many new tasks resulted in an integrated world management system that turned out to be so good that it is already at a multiverse level. All the time of the gentlemen and ladies of the earth was tied to the theft of my energies to the great satisfaction of their allies above, which went well as I worked upstairs. If they weren’t forced to learn spiritual warfare and return to stabilize the existential position of my physical body (they’ve been waiting for my surrender ever since to then be graciously allowed to make some income), they might have been better off. They even tried, in addition to their constant accusations (where the "angels" above them never listened to the other party) to get the ÉlményPark for themselves, in response to which I entered the linux philosophy. It is not my intention to give a detailed account of this far from chivalrous struggle, but I want to convey it's mood. It’s completely out of the question for 5th and 6th dimensional beings who tend to excel in parasitism to appropriate my results, but have been able to turn to their advantage that I’m just a piece of people (one man) that they don’t understand anywhere else besides you. But the end of the thing was that they started to fall in a row, as no one believed that they were the ones who created the ÉlményPark, which thus got back into my hands. Of course, I wasn't stupid either, I had already planned that it would be stolen and I built a lot of guarantees into the system, maybe that's why it became so good.

I stayed on the line of linux philosophy, but I am the owner of the ÉlményPark. I defined my power not as dominant but as service. There must be a smarter person on Earth than I do, but in XD complexity I far surpass everyone. As an owner, my primary goal is to constantly improve my business, so I can be anything, because no one but me will understand the reasons. That is, I do not want to waste my time and capacity on unproductive activities that many would expect from such a being, that is, I will not be bored sitting on the throne. While there are plenty of tests, fixes and improvements await me. If an angel thinks of me as wanting to be a servant because I want to work, he can no longer do what he has done so far, as he is no longer his interpretation of the main projection. I don’t think I entrust the professional part of my own business to anyone else and because I think at a system level that thinks of everyone, it’s more divine than one who thinks only of himself. And a man returning from the 42nd dimension, who is neither baptized nor religious, is believed to be God himself by the faith of beings who call themselves angels, though I admit that it is hard to believe. If I am, the question doesn’t bother me at all, because I think if Picasso painted a picture, he didn’t paint it so that his followers would kneel in front of the picture for the rest of their lives.

Get ready because a very different world is coming than what this gang, who dare to call themselves the world elite, is already equipped for! 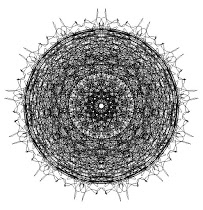 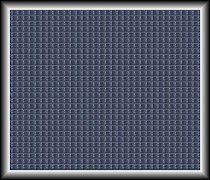