Once you know what the inner sensibil is, you've taken the first step. Those who don't, must first understand it and then develop it.

Intrinsic sensibil is a way of creating a communication interface in the mind whereby the rational hemisphere of the brain can communicate at a basic level with the intuitive hemisphere. When I first encountered this, it had the following possibilities:

In practice, the easiest way to understand it is to ask the intuitive brain, which has these options for answering, in barchoba. However, this severely limits understanding because it does not give you the opportunity to either nuance or to point out the more complex issues. I have therefore developed it further to:

I am one of those who have been able to follow this new global occupation from the beginning, resulting in the emergence of forces called populists. I do not wish to go into this in any depth, but this occupation has features that turn off the rational hemisphere of the brain of the occupied people, which is why they lose all reason and believe whatever comes through this collective channel in and out of their leaders. In fact, I can compare it to what came before, so I can report my observations.

The old one left the decision to you, the new one lies to you to manipulate you in the direction they want. The old one simply admitted when they didn't know something and often used point 4. This new one, on the other hand, has an authoritarian policy, which doesn't include not knowing something, but rather, they'll tap on the stomach and guess something (and frankly, I suspect they don't even understand what I'm asking), because they can avoid losing authority. Never use point 4, because they cannot miss the opportunity to manipulate. The difference between the two is like the arrival of an unprepared leader who replaced the prepared ones or the arrival of a new force that took the place of the previous ones. It all started to look a bit like an intelligence game, where the parties try to deceive the other with disinformation, because of course I picked up the gauntlet and joined the fight.

Those who do things peacefully, accept their place in the hierarchy and do not fuss, can hardly expect to be caught up in this disinformation environment. Those who do, use this life situation to learn, because it can be taught to somebody, but it doesn't come up there even if somebody finds their own techniques and develops a solution. I have developed a kind of lie detector where I can draw logical conclusions from lies. It's like reverse interrogation, because if you can figure out where they are trying to manipulate you, you can figure out why. It's important to note here that it's easy to manipulate a person under occupation, because they're the one asking the question and then answering it. Because the person perceives the occupier as him or herself, he or she will not notice this, just as he or she will not notice that he or she is not thinking with his or her individual consciousness.

The way the Compass of Life works is that you are on the right path when all four are ticking. In any situation in life, you can measure this before making a decision. If all four are not checking in, then you are certainly being manipulated, you are in a drift triggered by someone else, but it may also be the only way you will see through the situation enough to add the missing piece. You don't necessarily have to immediately think that the occupier is hostile, the intention is wrong or the manipulator wants you to lose. Because that is basically how humans work, they are run through by higher dimensional influences (feelings, desires, visions, thoughts, images, dreams, etc.) and there is no need to fear manipulation, because if you are present on social media and post something, you are already doing it. To be immediately afraid of all such things is an attitude that our invaders like to reinforce by proclaiming safety and always wanting to protect everything, while you slowly give up on protecting your own viewpoint from them. There is a reason why the news shocks you with accidents, with events that make you a little man in the background, so that you slowly forget to think. So much so that you can't even read or watch a long video. I hope my words have reached you in time (although no one who doesn't like to read such a long text will get this far anyway).

So the four elements that should be announced at the same time:

There is something else that, although not strictly relevant, is worth mentioning. Our occupiers do not have a personnel policy, the quality of the man does not matter to them, because only one thing is important to them, and that is uncritical loyalty. This is slowly being taken over by their people who will not tolerate criticism from others. This is a problem because it destroys the value system, the value-based society that rewards self-improvement and self-education. And the system takes on a medieval condition where there are rich overlords and poor masses and that is what these beings call Heaven on Earth. Needless to say, this is in stark contrast to what I stand for and although they are right about many things, unfortunately, seeing the result, I have to say that they are no better and in fact worse.
If you want to do anything or be in contact with anyone, there's a four-point measurement you can take. If you view the world as if it were a holographic video game you live/play in, you can imagine the possibilities of those above you. This means that they can bring what seem to you to be completely separate issues, things and people into your life in a way that you would never think of them being interconnected and moving in sync with each other. However, they are much weaker in two things. The first is the quality of their people, because only third-rate, talentless people see an opportunity to gain power and are satisfied by being above those more deserving than themselves. The other is that if their individual consciousness is off, they cannot respond to individual life situations as well as someone who has rationality. Make no mistake, they are thinking too, but these thoughts come from above from a collective consciousness whose aspects are not limited to that individual, and they need more time. If you can block their steps, you will notice that they repeat the steps three times and force the same thing.
So if you're looking to meet or connect with new people or jobs, here's what you need to look for:
Suitability - Ability - Competence - Free will
Back and forth. This is important, because if you only care that something should suit you, but have no such expectations of yourself, you may suspect that you are already part of the occupation. If you are and you don't feel the strength or ability to confront such things, wait until the fight/game is over and don't make a panic or a problem out of it, because often it only takes one fuck up to be a serious result on your part. The occupiers mean no harm anyway, they just know one social system and are too stupid to want to make this world a better one. But that doesn't make them Earthly Heaven, because even though they call theirs that, it's far from it. 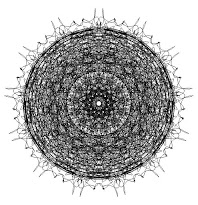 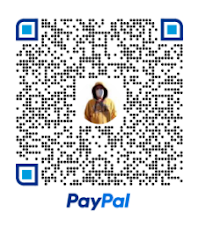